I left about 0940hrs, and picked up some Compeed and other foot stuff at the Chemist shop. Then it was along the Deeside Way to Aboyne. This stage of the Deeside Way is very straight and flat with good views, and I think, is the best part of this path. The weather was good apart from the odd shower.

I met Dave Brown, then Emma Warbrick and Stan Appleton at the Cambus O’ May bridge, then we all met up at the Loch Kinord Hotel at Dinnett along with Gordon Matthew, where we had some lunch. Dave had his ipad, and showed us his blog so far. We compared ailments, also discussed appropriate pain killers etc, and drugs were produced and dispensed. Dave left first, and then the rest of us headed off, just as a funeral party arrived.

We got to Aboyne at around 1545hrs, and then went our separate ways. After this, I never saw any other TGOers until I signed out at Montrose. I had some coffee then headed for the Aston Lodge B&B. Despite knocking on the door and ringing the bell, and trying to phone, there was no answer. After about 30 minutes, the door opened. The proprietor was in the kitchen with the radio blaring! This was probably my best and cheapest B&B. The room and bathroom were very large, with sweets and fresh fruit and other goodies in the room. Unusually, the room never had a TV. 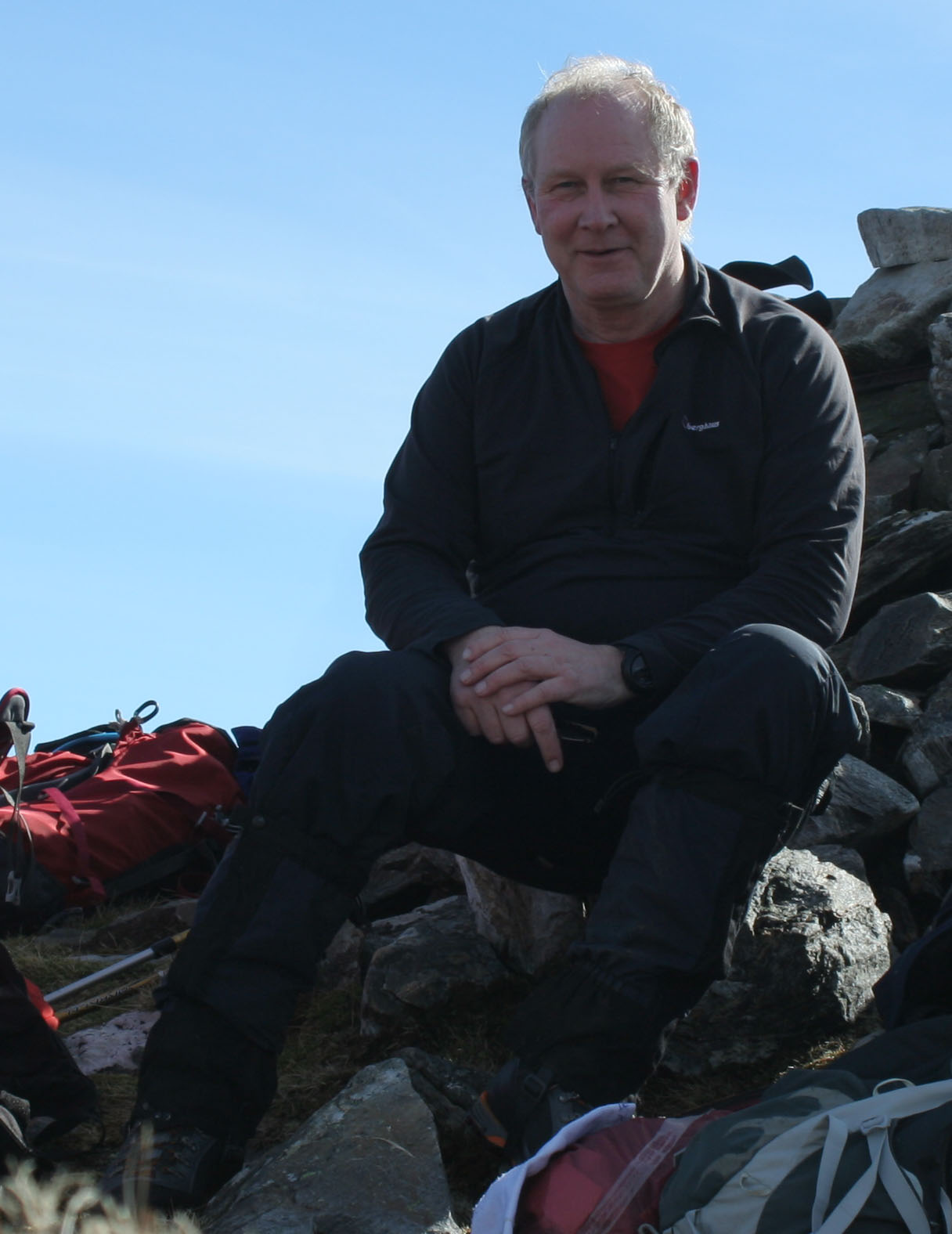 I'm Allan Brown. I live in Inchture, Perthshire. I like Hillwalking, Backpacking and am into Munros and Corbetts. I also help to organise the Dundee Mountain Film Festival.

Now, what this blog is about – the Blog Mission Statement!

Weather too bad for going on the hills? Then try a Foul Weather Alternative - stay at home, fire up the laptop/Ipad or whatever, and read some blogs.

I will talk about my infrequent rambling on the hills, my observations on the outdoor scene, try not to be too serious, try not to insult or upset anyone in the outdoor world (perhaps a gentle dig now and then). I may also bore you about my other passion of watching outdoor adventure films, perhaps a book review or two - and anything else I feel a need to post.